The letter below comes from Father Ismael Moreno, a key Jesuit leader in Honduras. In all the years I have worked with Central American community groups the Catholic Church, and especially Jesuit priests, have been critical allies of the popular organisations. Thirty years ago for example, as a young activist, I protested against the murder of six Jesuit priests and their two domestic workers in San Salvador, killed by the Salvadorean army for their support for social justice.

The Jesuits continue to work today in defense of human rights, women’s struggles and freedom of expression. This is particularly so in Honduras, where the illegitimate government is responsible for the repression of organizations working for justice.  Father Moreno is director of Radio Progreso and Fundacion ERIC,  and would normally rely on support from international allies, for example from Canada.

But at present, not only does Father Moreno have to deal with threats from the Honduran government – he has also been criticized by right-wing sectors of the catholic church.   Recently he has received accusations from some sectors of the Canadian Catholic church that the work of Fundacion ERIC and Radio Progreso go against Catholic teachings.  This letter by Father Moreno responds to these accusations. In my opinion, the courageous work of the Jesuits to further social justice in Honduras deserves our support.

The generic photos that accompany the article are by Steve Lewis, and celebrate the resilience of the grassroots church in Honduras and across Central America.

Many thanks for your email, which, as is often the case in life in my country, does not really represent the joy of good news, and only adds to our state of uncertainty, fear, threats and lack of security.  I thank you especially for the ardour that shines through your letter for orthodox catholic doctrine, although this implies – as is often the case – an austerity and indifference to the social apostolate that we carry out in defence of human rights and the groups of most vulnerable people in our society. 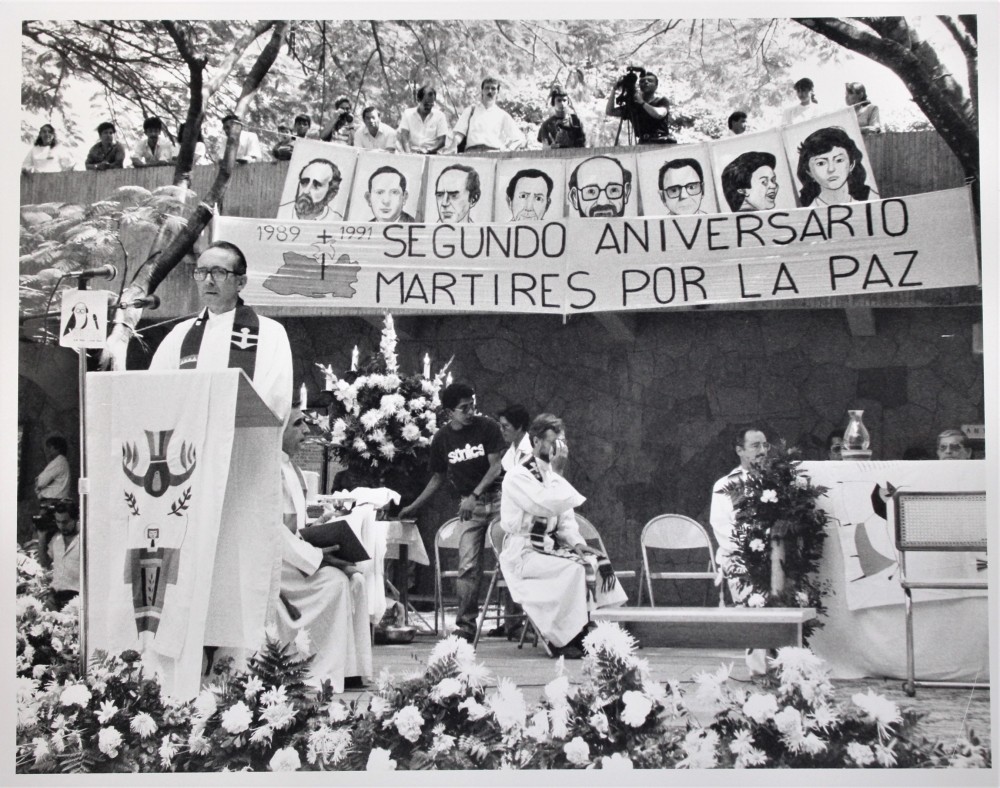 Jesuit priests have been murdered for their work in Central America. In El Salvador six Jesuits were murdered by the army in 1990. Photo Steve Lewis 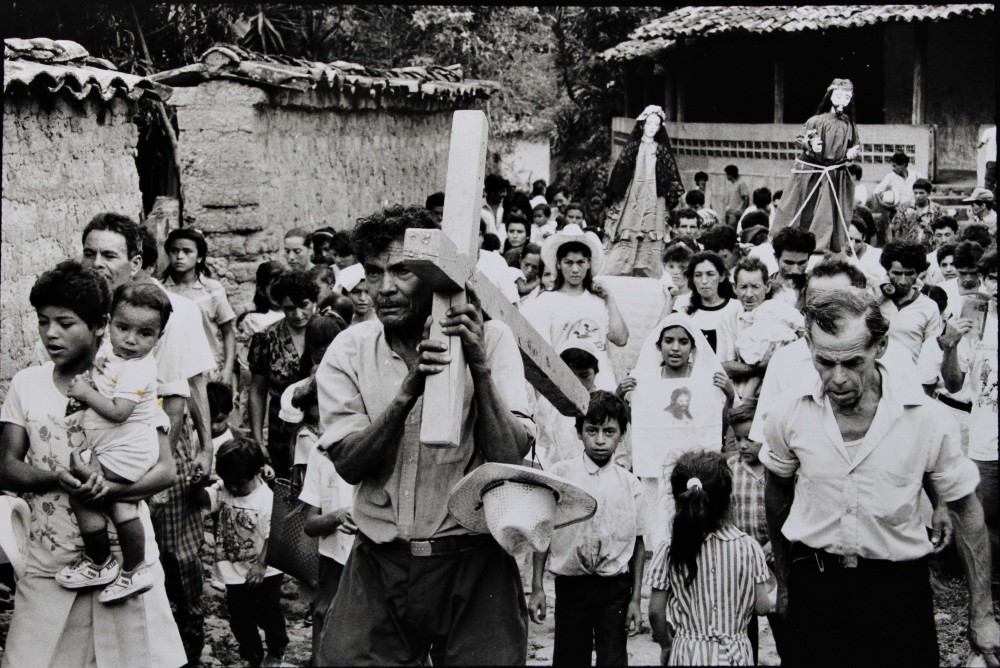 The grassroots Catholic Church is alive and vibrant in the villages and urban slums of Central America. Photo Credit Steve Lewis

The teachings of radical priests and sisters have inspired the development of women across Honduras and El Salvador. Photo Credit Steve Lewis 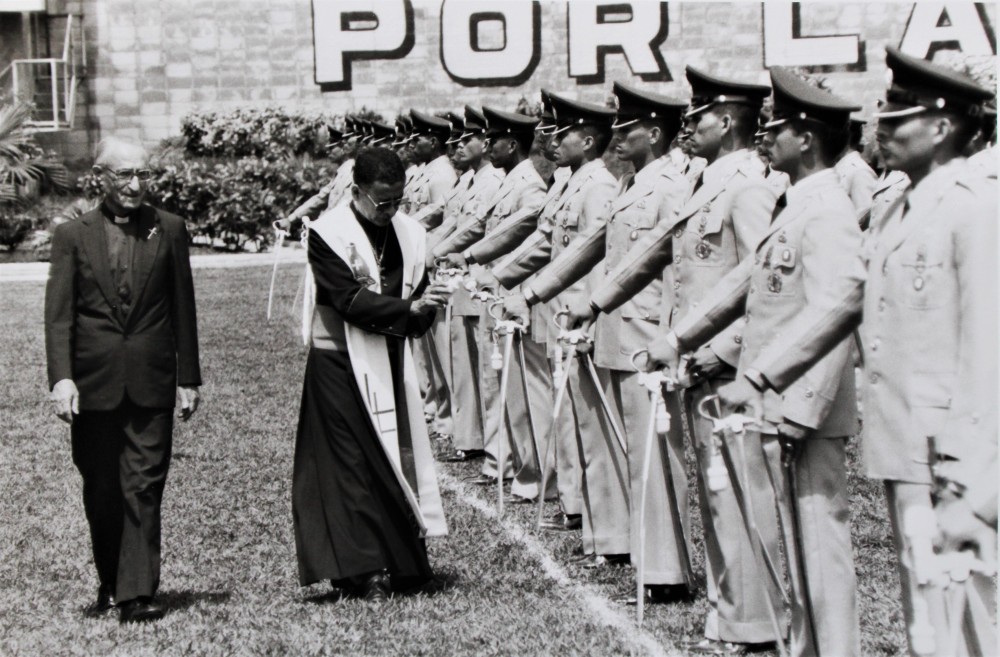 During the civil wars of the 1980’s the Church had to take sides in the conflict. To their discredit, some of the conservative church sided with oppressive armies. Photo Credit Steve Lewis

With my embrace and prayers,

In my first couple of months in Nicaragua I have spent time in the Northern hills. To the North I could see rolling mountains in neighbouring Honduras. But while Nicaragua today is peaceful, our next-door country is sadly wracked by violence, some of which comes from efforts to protect the land and the environment. Today’s blog is a Guest Blog by my friend Mary Durran.

CHRONICAL OF A DEATH FORETOLD

Berta Cáceres had received so many death threats, due to her opposition to the Agua Zarca dam, that she knew it was only a matter of time.  Her security routine was elaborate, rotating around the houses of friends.  Not even her father knew her whereabouts. But it was not enough. Berta was murdered on 3rd March by unknown assassins.

I met Bertha at a conference in Tegucigalpa in 2013.  She spoke with passion.  Reeling from the murder of Rigoberto Hernandez, a grassroots leader who had opposed an iron ore mine in western Honduras, and whose body was found with his tongue ripped out, Berta said then that she was prepared to fight until the end.

Berta was a leader of the Lenca indigenous people of Honduras, who make up about 8% of the Honduran population. The Lenca mainly live in poverty, and those who do not have land have to work precarious odd-jobs for dollar-a-day wages.  They need land to grow food and preserve their lifestyle and dignity. 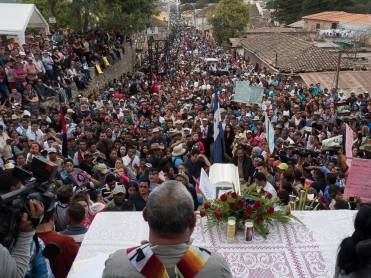 Berta was a pioneer in the movement to defend the ancestral lands of the Lenca from mega projects funded by international capital.  Her murder has been interpreted as a sombre warning for other defenders.

“Her murder shows the vulnerability of people and organizations struggling for human rights and the defence of natural resources, and against the handover of our national sovereignty,” said Fr. Ismael Moreno, director of the Fundacion ERIC.

Honduras was identified as the most dangerous country in the world to be an environmental defender, with the highest murder rate of environmental activists, by Global Witness last year.   Since 1998 Honduras has opened up to international mining companies, introducing legislation that puts the interests of the investor before those of communities and the state.  Such policies intensified after the 2009 coup d’etat and the subsequent government which came to power in fraudulent elections.

Honduras has also received funds from international climate funds which seek to promote clean energy.  Investments include hydro-electric projects, often on the lands of indigenous peoples, or poor peasant communities.  But in most cases, the Honduran government has failed to consult the indigenous before launching projects on their lands.  Neither does the government offer any relocation packages to those whose lands are grabbed, or those who water supplies are ruined by the dams.

The life and struggle of Berta Caceres will not be in vain. In death, she is even bigger than she was in life.  The Dutch FMO bank that was funding the Agua Zarca dam has suspended operations.  Berta has already become an icon for women leaders and those who struggle to protect the environment.  As Honduran protesters chanted at her funeral,  Berta vive!  La lucha sigue!. Berta lives, the struggle continues! 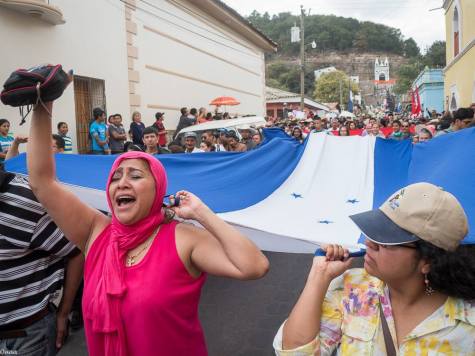 Guest Blog by Mary Durran. Mary and I worked in the 1980’s for the Central America Human Rights Committees. See https://durranmary.wordpress.com/ for more news on Latin American issues.